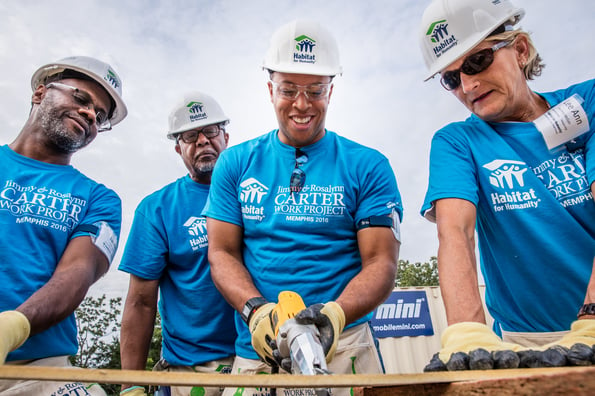 A.I. Drives Average Increase of $74.80 per Donation for HabitatDC

Share This
While Habitat for Humanity is a national organization, each individual chapter is responsible
for raising its own funds from its local community. The D.C. chapter of Habitat (HabitatDC) was
under pressure to increase its revenue from fundraising year-over-year and was faced with the
unique challenge of finding new ways to get more money from the same local donor pool.

HabitatDC liked the idea of using one-time higher ask amounts. However, there were initial concerns about the potential long-term impact. HabitatDC wanted to avoid a situation where by getting donors to give more now in the short-term, they would become less likely to give in the future, derailing long-term goals.

This is where Arjuna's ExactAsk A.I. Service came into play. Using ExactAsk to analyze each individual donor’s willingness to give enabled HabitatDC's fundraising team to pinpoint the largest dollar amount they can reasonably expect to receive from an individual donor in response to their next direct solicitation campaign – and in the long term.

Schedule a briefing to learn more about how our A.I. services can optimize your net revenue.

ExactAsk can be integrated into any type of direct marketing channel (e.g. email, direct mail, telethons) and applies to all donor types (e.g. lapsed, recurring, prospects) with minimal additional effort on the part of fundraising teams.

"Working with Arjuna enabled us to meet our goals for our Fall fundraising campaign. By using personalized gift arrays, we were able to maximize donations from our existing donor base, re-engage one-time donors, and achieve a significant improvement in ROI. ExactAsk was easy to implement and helped us meet immediate fundraising goals that are very much in-line with our long-term objectives."

Using ExactAsk, HabitatDC implemented individually optimized gift arrays to target donors across all segments, including: new donor prospects, lapsed donors, active donors, and donors who had only ever given once before.

HabitatDC tested ExactAsk over a four-month period and spanned two separate campaigns: one email, and one direct mail. The first campaign was specifically timed to coincide with the Pope’s visit to Washington D.C. Seizing on the Pope’s anti-poverty message, the campaign material featured quotes from the Pontiff on the importance of fighting poverty and providing everyone with a decent, healthy place to live. This message was sent out over two emails (an initial email and a follow-up reminder email a few weeks later). The second campaign was an end-of-the-year direct mailing sent out between Thanksgiving and Christmas.