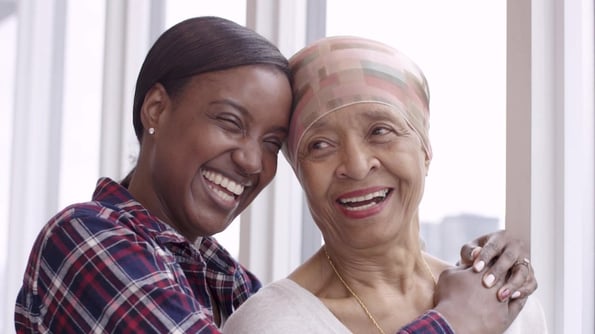 Living Beyond Breast Cancer is a national organization that seeks to create a world that understands there is more than one way to experience breast cancer. For over 25 years, LBBC has imparted wisdom and connection to women who use its services via conferences, events, a peer-to-peer helpline, and more. To fulfill their mission of providing trusted information and a community of support, they offer on-demand emotional, practical, and evidence-based content that is meaningful to those newly diagnosed, in treatment, post-treatment, and living with metastatic disease.

LBBC conducted an extensive fundraising audit in 2019 that revealed their direct response fundraising campaigns were under performing. The audit showed extensive data confirming that the gift arrays being used in donor appeals were well below the optimal ask amounts. This was due to a lack of insight around the giving behavior and sentiment of their donor base. The fundraising team at LBBC did not have the organizational capacity to analyze the appeal data and fully understand how their donors were reacting to historical ask amounts. Despite increasing the number of appeals they were sending to donors, LBBC watched their overall giving continue to decrease with fewer donors providing smaller gifts as a result of using the same static gift array values for donors year after year.

Once LBBC understood that their challenge was due to the lack of personally optimized gift array values, the team partnered with Arjuna Solutions to pilot the ExactAsk A.I. Service in their direct mail fundraising campaigns. Arjuna’s ExactAsk A.I. Service empowered LBBC to reverse the downward trend in their direct mail appeals by introducing individually personalized gift arrays created through Behavior Economics Modeling (BEM). These new gift array values are continuously optimized by applying BEM techniques to assess donor sentiment at the moment of solicitation and sustain donor participation rates while improving giving levels. All this accomplished through a simple A.I. service without the need to change existing systems, practices, processes or hiring and training specialized personnel.

The adoption of Arjuna’s ExactAsk A.I. Service reversed the downward trend of LBBC’s direct response campaigns and the individually optimized gift array values provided a substantial increase in donations. After receiving the first round of results, Arjuna was able to clearly demonstrate a material difference in giving levels by comparing the performance of the historical gift arrays with the newly optimized arrays. The optimized gift arrays from Arjuna delivered donations that were on average $22.64 higher than the arrays LBBC was previously using in its appeals. The response rate for appeals using Arjuna’s gift array values also increased by 0.23% points, proving that revenue can increased from existing supporters without diminishing donor participation rates.

“We compared the arrays that we’ve developed and used over time with the arrays that Arjuna was managing. We experienced almost a 22% lift in giving based on their work.”

LBBC has continued to expand their use of Arjuna’s Behavioral Economics Modeling techniques activated through its proprietary A.I. services. LBBC now uses Arjuna’s uniquely personalized, time sensitive give array values to connect with donors across all channels, engaging them where they ideally exist on the donation spectrum. Arjuna’s ExactAsk A.I. Service has enabled LBBC to retain donors, increase donations, and modernize fundraising practices without disrupting existing fundraising systems.