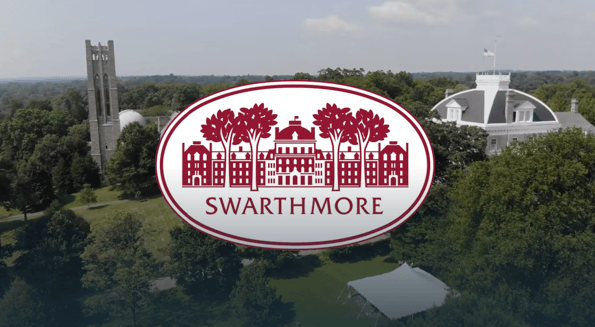 The development team at Swarthmore is facing a growing challenge as the number of donors steadily declines across the Higher Education Sector. This well-documented trend has spurred Swarthmore to reconsider their fundraising strategies and tactics, with a keen focus on improving the efficacy of every activity.

One of the most challenging and tedious aspects of direct response fundraising is knowing precisely how much to ask of an individual donor without knowing them as personally as a major giving officer. The team at Swarthmore invested as much as 30 hours each year attempting to manually divine personalized and optimized ask amounts for each donor in each fundraising campaign.

The process of setting ask amounts was so laborious that Swarthmore would approve them in August and not have the time to reevaluate the gift arrays until the beginning of the next fiscal year. The development team did not have enough bandwidth to analyze trends and respond to them accordingly in real-time, leaving their campaigns with frequently under-optimized ask amounts and raising less funds than possible. They maintained the initial gift amounts for the duration of the year despite being calculated at the beginning of their fiscal cycle. Creating ask amounts manually caused the Swarthmore development team to become overwhelmed with details and permutations, distracting them from the more strategic aspects of fundraising.

During 2021, after considering various options, Swarthmore College elected to partner with Arjuna Solutions to pilot the ExactAsk A.I. Service in their direct mail fundraising campaigns. Arjuna’s ExactAsk A.I. Service enabled Swarthmore to substantially increase overall giving through dynamically personalized gift arrays that are continuously optimized at the moment of solicitation. They were able to realize these benefits without changing existing systems, practices, processes, hiring, or training specialized personnel.

The adoption drastically reduced the amount of time Swarthmore invested in calculating gift array values, and the services made a material impact on fundraising success without changing Swarthmore’s existing business rules, systems, personnel, or fundraising practices.

“One of the values that Arjuna has provided has been helping us with that
A/B testing and truly showing us the measurable results without us
having to dive into the weeds.”

Swarthmore experienced a $38,343 increase in revenue in the first six months of use, a 5.5% lift in giving. These new donations provided an increased donor lifetime value of $467,240, and these new funds played an important role in supporting the Student Emergency Fund. These resources are focused on providing students with the financial assistance required to support them in serious times of need. The President’s Fund for Racial Justice was also endowed with resources to provide transformative racial justice.

Dynamically changing the ask amounts in direct response campaigns and aligning them to donor sentiment, precisely at the moment of solicitation has enabled Swarthmore to increase its average Donor Lifetime Value to $467,240. This formula for DLV considers the costs involved in acquiring a donor and maintaining your relationship over time.

Arjuna’s ExactAsk A.I. Service drove additional revenue for Swarthmore College and removed the guesswork of creating personalized gift arrays for their diverse donor base. Swarthmore’s development team now has a better understanding of their donor base and their willingness to support their mission, immediately increasing their current donations and enhancing their donor relationships for years to come.