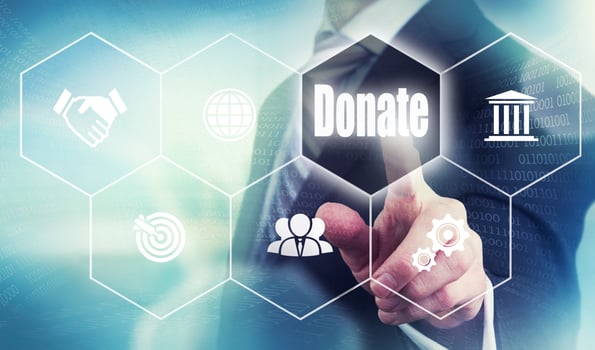 For many non-profits, the metrics on your donor retention rate might feel like a dirty secret. After all the work your team does to acquire new donors, maybe only two thirds make it to the next year. For reasons that may seem to be beyond your control, your donors don’t seem to stick around long. A 60% retention rate might seem fairly abysmal, but you might be relieved to hear that even if only half your new acquisitions keep giving a year later you’re doing better than average.

In fact, a recent study by the Association of Fundraising Professional's Fundraising Effectiveness Project revealed the average donor retention rate had reached a 9-year low of 45% in 2016 - in spite of significant increases in both revenue and overall number of donors. The good news is that revenue is up; it’s a testament to the efforts of non-profits’ and their marketing partners’ efforts to continually grow the donor base. The bad news is that 55% of that work - a little more than half - isn’t giving your organization the value your team worked so hard for. Your donor retention rate stinks, but you might be surprised to learn why.

A Short-Term Approach Comes Up Short

If you take a long, hard look at the traditional campaign-centric fundraising model that’s being used by most non-profits today, you may start to see a disturbing trend emerge. Organizations invest heavily in marketing to acquire their most valuable resources, which are their donors. Whether it’s inbound or outbound, it takes time and effort to connect with an audience.

Here’s where things start to go awry. Once someone converts and makes their first gift towards your cause, they become a donor. They go into your database, along with whatever data you’ve managed to get on them, ready to be interacted with. A month later it’s time for a new campaign, and they hear from you again with another ask. It’s likely not an ask based on what they really have to give, but rather it’s based on a few points of data you were able to use to segment your donor list.

Unfortunately, this donor just gave you all they could afford to for the year last month, so they just delete the e-mail. After two or three months and countless emails associated with different campaigns, they’ve unsubscribed. This new donor that you acquired less than six months ago as a result of your substantial marketing investments is now part of the 54% who’ll stop giving after only one year.

The mistake most non-profit organizations make is neglecting to think about their donors as distinct individuals, and failing to build meaningful, long-term relationships with them. Growing a healthy list of donors is like like growing tomatoes: You plant your seeds, water them a little bit, and watch them start to grow. When the time is right, you harvest the ripe tomatoes and let the green ones keep growing. If you pick the plant clean right off the bat, you might not be getting any more tomatoes this season. Likewise, the lifetime value of a donor can only be realized if you manage your relationship with them so that it lasts a lifetime.

All analogies aside, exhausting your donors at the very beginning of your relationship is a great way to drive them off. Repeatedly asking them to give to each successive campaign with no regard to whether or not they can is a recipe for a lousy donor retention rate. If you want to build a long-lasting relationship with your donor and realize their full lifetime value, you have to take a more strategic approach.

The real secret to addressing low donor retention is to treat your donors the way you’d like to be treated if you were in their shoes. What does that mean? For starters, it means keeping track of your relationship with them well enough to not ask them to give more, or more frequently, than they can afford to. Doing that is going to take more than a spreadsheet or a CRM; it’s going to take an approach that can help you understand each of your actual donors in a way that you never have before.

However you choose to manage your donor relationships, be sure you’re sensitive to their needs as real individuals. Segmenting your donor list into groups based on broad income ranges or by area code isn’t going to help you connect in a meaningful way. What you need is a way to generate personalized ask amounts for each donor so that you can meet them where they are. When you treat your donors like real people, you can build a relationship that lasts a lifetime.